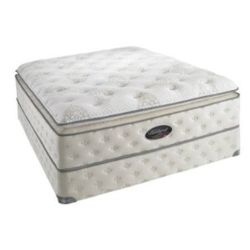 Clcik to see the World Class on Amazon

Since this article was written Simmons have introduced the Beautyrest Anniversary.  It should also be noted that there is a Beautyrest Black but it is often marketed and alluded to separately by Simmons (It is their highest end Beautyrest) - for example it does not even appear in their Beautyrest comparison charts. As of mid 2010 the Beautyrest mattress range looks as follows:

With respect to edge support, the Classic uses 2 rows of high gauge springs along the edge of the mattress to provide support, while the World Class and the Exceptionale use 3 inches of high-density foam to surround the mattress.  In terms of materials construction the World Class and the Exceptionale utilize several different types of foam including what Simmons calls “Premium Foam”, Visco Memory Foam and Latex Foam.  The Classic has no latex foam.  The NxG uses a combination of springs (coils) and Advanced Memory Foam.

In mid-1996 Simmons launched another line of the Beautyrest mattress known as the Beautyrest Black.  This line of mattresses contains rather opulent materials such as silk, cashmere and alpaca.  These luxury mattresses will be the focus of another review.

The Simmons Beautyrest became famous for it’s 1995 ad showing a bowling ball bouncing off the mattress while bowling pins set nearby (on the mattress) did not topple.   This ability is due – claims Simmons – to the Pocket Coil Spring technology that provides motion separation and is especially helpful if you are sleeping with a partner.  You can see this video in our mattress video section. 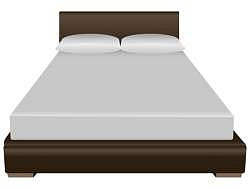 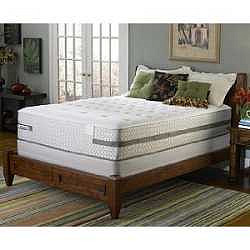 What do Consumers Report?

Consumer reviews of Beautyrest mattresses are limited and not easy to find.  For the Beautyrest Classic consumers on Amazon indicate that the mattress has a tendency to collapse and feel much like a hammock after a short time.  The reviews are not all negative but there are a number of similar comments.    Consumer comments on the Beautyrest World Class (at epinions.com) are not particularly good.  Reviews tend to indicate the mattress gets lumpy quite quickly and can sometimes collapse in the areas of most pressure.  The Exceptionale and NxG have very limited consumer coverage at this time.

A review of several hundred consumer comments related to a range of Beautyrest models yielded the following likes and dislikes:

Writers Note:  I would like to point out at this time that mattress manufacturers seem to be creating a plethora of different names – even for the same mattress.  I understand that mattress manufacturers often label identical mattresses with different names - depending on which retail store they are sending them to.  This makes comparison shopping very difficult and, in my opinion, is not good for the consumer.  Additionally the names are sometimes very long and frankly confusing:  “Simmons Beautyrest Baroque Luxury Form Twin XL Mattress SR551” or “Sears-O-Pedic 61696 King Cloud Elite Plush Eurotop II LP California Box Spring Mattress – White”.  Surely this is not helping the consumer.  Perhaps if one cannot comparison shop effectively – and try and find the best/lowest price - it is better for the manufacturers?  Having said that (in a moment of frustration) we will continue to dig through all the “smoke and mirrors” to provide you with the most useful and honest information we can.  For a better understanding of what is going on in this industry you may want to read our recent article entitled "Are Mattress Companies Misleading Consumers?".